Can I Blasted My Love Handles With SculptIris Lasers
2021-09-27
Many people gained and lost weight most of their adult life. Sometimes, even when you efforts in the gym and your carb cutting has brought forth the faintest hint of abs, those love handles remained defiantly squishy. Which is just the thing to sap you of enthusiasm and motivation. After all, you can do your best to boost your metabolism, but you can't target where your body burns fat. Nowsdays，non-surgical treatments to eliminate fat have been buzzing the cosmetic world. Women and men prefer these methods because they have lesser risks, minimal discomfort, and the least recovery time.One of the most talked-about non-surgical treatments is SculptIris. Today，let us get to know about SculptIris，and everything there is to know about this interesting procedure.

SculptIris is a safe，non-surgical and pain free treatment that uses 1060nm wavelength technology that aims to eliminate or reduce stubborn fat that you can not remove through exercise and on diet. It’s also a legal and effective method to lose weight as it’s FDA-approved. The SculptIris laser targets those unwanted fats in the body by heating the fat cells to a temperature between 42 and 47 degrees Celsius, thus destroying the structural integrity of the subcutaneous fat tissue. WarmSculpting with SculptIris, a relatively new procedure that uses heat to destroy fat cells in specific areas on the body. The areas overweight people will most likely want to attack are the abs, love handles, or the chin. But the procedure is good for inner and outer thighs and the back as well. It is a non-invasive laser body contouring that helps you to achieve a natural-looking slimmer appearance. There’s no surgery and no downtime. In a nutshell, it's a light-based laser machine that you strap to your problem area to let it destroy the fat cells. SculptIris is not a weight loss approach. Instead, it is a targeted sculpting approach that targets the fat cells directly with lasers to destroy them. It is body contouring, so it is best done at the conclusion of a diet and weight loss regimen when you have reached your target weight and want to eliminate fat on the stubborn areas that are difficult to target with exercise.

SculptIris treatment time lasts for about 25-30 minutes that can target more than one area in your body generally. The SculptIris results will become fully visible after about three months of treatment. After the 25-30minute treatment is finished, you are allowed to resume your daily activities because there is no post-treatment downtime. The results with SculptIris vary for everyone, and most patients have better success after two sessions. When we gain and lose weight, often the fat cells in our midsection simply expand and shrink.They rarely go away entirely, which is why it's so hard to lose fat in that area.SculptIris treatment process actually kills fat cells, rendering the heat-damaged cells into waste that is then excreted by the body. Yep, you essentially pee out your fat. Which is why you may be instructed to increase my water intake over the next few weeks. It should be noted that this fat reduction procedure is not safe for pregnant women. Not everyone is a candidate.


In terms of benefits, it is a non-invasive procedure, meaning there are no needles or incisions used during the procedure. It’s a quick procedure and takes about 25-30 minutes, making it convenient for those with busy schedules. The good thing about SculptIris is that it doesn’t require any recovery time, so you can go straight back to work or your daily routine at the end of your appointment. To be honest, at first, you don't see any change.Over the next few weeks, the zapped fat works its way out of your body. But then slowly, you began noticing your waist looking smaller when you'd catch yourself in the mirror before a shower. Now, six weeks after you third treatment, you've got less flab around your flanks, your pants fit much more comfortably and you can appreciate the fat starting to whittle away, while definition is easier to spot. 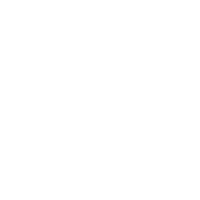 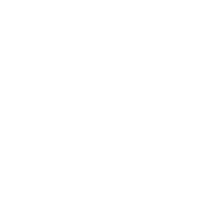